Decathlon records 150,000 shoppers for its new store with location technology 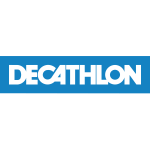 Leading sports retailer, Decathlon launched their third store earlier this year. Decathlon Tseung Kwan O is the largest sports store that ever opened in Hong Kong, so the Decathlon team had to put together a large scale campaign in order to:

To give a final push at the bottom of the funnel, and get sports enthusiasts around Decathlon Tseung Kwan O to visit the new store, they worked with Havas and Near on the drive-to-store campaign.

With the objective to drive awareness,the first phase of the campaign focused on optimizing the landing page visits with the intent to encourage visitors to sign-up. This was prior to the Tseung Kwan O store launch.

For this, Near curated the audience – ‘sports enthusiasts’,  in its marketing SaaS product Allspark by analyzing people seen at sports centers, sports complexes, Marathon Sports stores and competitor sports stores – such as Nike and Adidas. This defined audience was then served mobile ads when they were in close proximity to these locations.

The strategy implemented in phase two was to optimize results by retargeting the audience segment from phase one, building lookalike audiences, and reaching them when they were in close proximity to Decathlon stores. This was done in addition to targeting new consumers, especially those seen at competitor stores.

Of the audience exposed during the campaign, there was a 30% conversion rate on the landing page post exposure to the ad, and 6% of people who visited the landing page signed up – 2x times higher than the industry average.

Near’s Attribution Lift Index of the campaign was a whopping 195 at the completion of phase two. This essentially means that the audience exposed to the campaign (which ran on Allspark) was 95% more likely to visit a Decathlon store, when compared to the likelihood of a store-visit from a non-exposed audience.

Modeled on these data-driven audience insights, Decathlon aims to improve their media planning and optimize marketing activities for their forthcoming store launches.